All the avengers come back together to fight their last fight together as a team.

In this one the whole fight is about the Infinity Stones which is been held in the weapons of an alien from the planet called Titan. Named Thanos and he  wanted to use the infinity stones to Wipe out half of the whole universe. He first had the power stone, then he destroyed Asgard and collected the second stone which is the space stone. After that he went to a planet called knowhere, there he got the reality stone which could bend reality into his own hands.

Meanwhile, It turns out that Gomorrah one of the Guardians of the Galaxy is Thanos’ adopted daughter and he took her after taking the reality stone. And Thanos took Gomorrah to the place where the Soul Stone was and sacrificed her for the stone. Back on Earth there where two infinity stone namely the time stone and the norm stone. Thanos sent some henchmen to collect them from the holders. Firstly they went to collect the time stone but Iron man and Spider man intervened and ended up going to space with Doctor Strange (the holder of the Time stone). On their way to Titan, they encountered a problem and they met the Guardians of the Galaxy. And decided to make a plan to remove the goblet from Thanos’ hand.

On Earth Captain America, Falcon and Black Widow went to Wakanda to protect Vision(The Holder of the norm stone) And they formed an alliance. Then Thanos’ henchmen sent dozens of demons to earth to fight them. In the middle of the Fight Thor Came back from Getting his new axe and destroyed those demons in the blink of an eye.

Then Thanos Came to earth to take the norm stone, everyone fought very hard to stop him so that Scarlet Witch could destroy the stone and kill vision but they failed. Before he could get to vision he was already destroyed. Thanos  reversed time and brought vision back to life and took the stone from him. Thor tried to stop him from snapping his fingers but was to late.

Thanos snapped his fingers and almost all the avengers started disappearing, turning into dust. Before Fury could disappear he called captain marvel for help 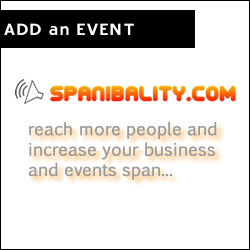 Batman versus Superman: Dawn of Justice

Footballers Can Win Any Game with the Right Lider

Experience The Great Wall of China on a Layover

The fate of the furious

5 Star Constellations Everyone Should Know