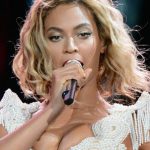 Beyonce is a multi-award winning singer and actress, whose musical hits include ‘Crazy In Love’ featuring her husband Jay Z. She recently completed her Mrs. Carter Show world tour.

What is Beyonce’s real name?

Where was she born?

When did she start her career?

What are her career highlights?

Get Lost in Italy and Get Ready for Relaxation

Winning Trophies with Mates Means so Much More