Try to find one word to sum up Ralph Lauren in fashion — “Polo.” After all, that’s what his brand is called, and Polo shirts with the polo-rider logo are one of the brand’s most iconic items. When Lauren appeared on the cover of TIME in 1986, it was as “Polo’s Ralph Lauren” and he wore, naturally, a Polo shirt.

But, as that story revealed, the link between his name and those four letters started as something much more tenuous.

Lauren got his start in fashion as a sales clerk at Brooks Brothers and then as a salesman for a necktie company. In the mid-1960s, he brought the company the idea of widening its offerings—literally: his designs were about twice as wide as the typically skinny cravat of the time—and eventually got into the tie business on his own steam. When he needed a name for the label, he wanted something that sounded right for the lifestyle he had admired on movie screens and in the pages of magazines like Esquire. “I couldn’t call it Basketball,” Lauren joked to TIME. So, though he’d never seen the sport played, polo it was.

Those trend-setting wide ties were Lauren’s ticket to the fashion world.

The shirts, which eventually became a profitable staple for the company, came later. As TIME recounted, polo shirts—Lauren’s are spelled with a capital “p” but the generic is not—trace their origins to a polo club in Argentina in the late 19th century, where players found that the traditional gear for the game was just too hot to play it. The rest was history: 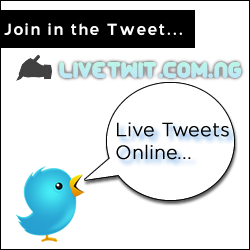 Discover the Birth Place of Pizza

Ralph Lauren Stepping Down: How the Polo Shirt Came to Be

The Best Dining in the Hamptons